Increasing the efficiency of project turnaround times is a major challenge for pharmaceutical companies and Contract Research Organisations alike. Within these controlled, regulated environments the goal to reduce project completion times must never compromise rigorous study planning, the integrity of data management and accurate study reporting.

For bioanalytical studies report generation is a time-consuming, labour-intensive exercise. In contrast to the largely automated analytical ‘upstream’ processes, report generation often requires a great deal of manual intervention resulting in a pinch-point for project completion. Often data input is required from a number of laboratory computerised systems including LIMs, CRMs and ELNs. The resulting report therefore needs to be checked and then rechecked for accuracy before final QA approval and report submission. Similarly study plans, which may need to incorporate a number of bioanalytical methods, sponsor information and analyst training records often require lengthy validation and cross-checking before sign off.

Automating production of study plans and reports via validated data transfer from data management systems into custom built templates will eliminate transcription and data transfer errors, save time, cut costs and lets scientists concentrate on what they do best – the science itself.

Terrington Data Management, working in close collaboration with a major bioanalytical Contract Research Organisation, has risen to this challenge and has developed a new software product – OPAL – a study plan and report generating tool for use in regulated bioanalytical laboratories.

From OPAL’s main menu the user can prepare:

Report tables can incorporate data from single or multiple analyte studies and the user can select the tests to be performed on the data. For complex validation studies these can include multiple tests (e.g. ISR, Calibration parameters & standards, QC’s, Matrix effects, selectivity etc.) by contrast sample analysis may only require a single test to be selected. Whatever the study, tables are generated automatically via validated data transfer into secure MS Word documents.

OPAL saves time without compromising quality and data integrity. For a typical multi-analyte validation study, which tend to have huge numbers of tables, the time taken for checking and cross- checking is reduced by 80% (from 2 ½ days to ½ day)*.

For more information please complete the enquiry form on the CONTACT US page. We look forward to hearing from you 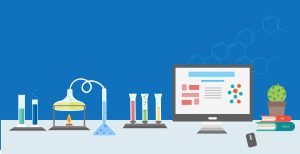